A thank you to Curtis Steele, MD from Canada for sharing some of his methods in treating disturbed psychiatric patients. Dr. Steele has a very busy outpatient practice (80 clients per week) and concludes that EFT “is the single most effective tool I’ve learned in 40 years of being a therapist.” He highlights an example with “Wanda” (Schizoaffective disorder) who he treats OVER THE PHONE and describes his approach, including some useful language.

This is an interview over the phone done by Gary Craig.

I am using EFT daily in my busy practice of outpatient psychiatry (with a focus on psychotherapy). I see, on average, about 80 patients a week, in individual and group treatment, and most weeks I treat 10-20 of them with EFT.

GC COMMENT: I was curious as to why, if EFT was the single most effective tool Dr. Steele had learned in 40 years of being a therapist, did he only treat 10-20 out of 80 patients with EFT. Remember, I don’t know the first thing about medical matters so my question came partly from my amazement at what, to me, was a low usage of EFT and partly from my own naiveté in these matters.

The reality is that Dr. Steele works in an environment where many of his patients “just want the meds” and aren’t open to anything else. Further, he must also interface with conventional psychiatrists who also resist “unconventional methods.”

While I completely understand this, my “Guide Inside” grits his teeth with the conviction that EFT should be skillfully applied across the board to these deserving (and needful) patients. As readers know, EFT has been responsible for giving many people back their lives. Further, we have growing evidence that EFT is helpful with psychotic patients and so I sometimes grow impatient with the resistance that tends to limit the free flowing use of these procedures.

Accordingly, if someone parachuted me into a community of disturbed psychiatric patients and asked me to “do my thing”, I would immediately seek ways to gain rapport with the resisting parties. Once rapport was gained I would apply EFT to these disadvantaged citizens in one-on-one sessions, in groups and in any other way I could. However, I’m not so naive to think that severely disturbed patients should be placed in my care alone. There are special needs and considerations within this population that require the presence of knowledgeable professionals. Together, though, we could apply EFT to the likely benefit of large percentages of these brothers and sisters of ours.

DR. STEELE CONTINUES: This past week I treated a lady, Wanda (not her real name), diagnosed with Schizoaffective Disorder, who was having a return of psychotic symptoms. She had begun having auditory hallucinations and frightening paranoid ideas. She had been taking taxi cabs (which she couldn’t afford) rather than ride the bus because she was convinced a bus driver had stared at her. She was fearful about leaving her apartment because she feared something bad was about to happen to her.

She had previously been stable on moderately high doses of antipsychotic, antidepressant, and mood stabilizing medication. She had been hospitalized repeatedly when she had been at high risk for suicide. She feared that she would end up in the hospital again . She called me in a state of panic wanting me to do something.

I decided to treat her with EFT over the telephone, although I was uncertain that she could follow the instructions. She was able to do so and very shortly reported feeling better. Her voice was calmer and her thinking was more centered.

The procedure I used over the phone was:

“I suggest we try a form of psychological acupuncture without needles. It will involve tapping on different spots on your body. Can you hold the phone in such a way that you can tap on yourself?”

She said she could. Then I instructed her how to locate the karate chop point, telling her that it is a specific energy spot on the body, and to let me know when she found it. She did. The first setup phrase was “Even though I’m having this panic, I totally and completely accept myself.” After tapping for that (on seven points of the EFT protocol, beginning with the eyebrow), we tapped in the same way for two other aspects, “Even though I m afraid to ride the bus . . .” and “Even though I m afraid to go out of my apartment . . .”

The following day, I was urgently called by a nurse specialist in the clinic, who told me that Wanda had come in, very agitated. As I went to see her, she became incoherent as she tried to tell me what was bothering her. I was concerned that the EFT hadn’t helped at all. However, she affirmed that the telephone EFT had been helpful, and was eager to do it with me in the office.

Initially she couldn’t tell me what was troubling her. I’ve learned to use EFT as an investigative tool when someone can’t verbally identify the problem, and I do a setup of: “Even though I can’t say what s bothering me, I totally and completely accept myself”, followed by the reminder phrase of “these feelings” I then find that the patient relaxes sufficiently to begin to identify specific aspects of the problem, which I treat with subsequent rounds of EFT. This was the case with Wanda, and as she relaxed she began to identify issues of concern. We did several rounds of tapping for those aspects, and she visibly relaxed more. I then returned to my busy patient schedule.

GC COMMENT: Using EFT as an “investigative tool” in this way is one EFT’s seldom used features. When a client cannot identify the problem, just tapping on this inability will often bring to the surface some important core issues/memories.

DR. STEELE CONTINUES: The nurse told me later that Wanda was so relaxed that she almost went to sleep after I left. She had never seen anything like that, and expressed a wish to learn the technique, which I taught her, to our mutual satisfaction.

GC COMMENT: Reports of high success rates like this require some perspective and definition. In both my experience and that of Dr. Steele’s, success does not necessarily mean “complete resolution of a problem forever”. While complete resolutions are certainly possible (and often performed) there is often an “art of delivery” necessary to bring them about. However, if we define success as “anywhere from noticeable improvement to complete cessation of the problem” then claims of high success rates by skilled practitioners have merit.

DR. STEELE CONTINUES: As to the setup, I take time to carefully explain that this is “a form of psychological acupuncture (without needles)” and to enlist the patient’s full cooperation in doing the procedure. I tell them that this is the single most effective tool I’ve learned in 40 years of being a therapist. If they express skepticism, I compliment them on their caution, and tell them that they don t have to believe in this for it to work, but I do need their full cooperation. Then if they’re not willing, I respect their choice rather than try to push them.

My setup is repeated three times: “Even though I have (this problem) I deeply and completely accept myself,” while tapping on the karate chop point. I then tap with them using the first 7 points (I rarely find the need to use more). If they have difficulty following instructions I get their permission to tap on them. I watch for physical signs of relief, or release of affect, during the tapping, and then intuitively follow from these to related aspects. I ordinarily don t get an initial 0-10 intensity rating, but instead ask after a positive response, “Let’s say that your previous distress was a 10 on a 0-10 scale; what is it now?”

If EFT works so well over the phone for such very disturbed psychiatric patients, just think what it can do for you! I am helping many people over the phone to heal and transform their lives with a blend of EFT, counseling and life coaching. I am having great success with everything from physical to emotional issues: improving people’s relationships, marriages, work performance, sleep; clearing anxiety, stress and blushing, energy issues, chronic pain, and much more. I estimate that my success rate is about 95%.

Want to discuss how I can help you? See Contact page to set up an appointment. I work in-person in Boulder, CO, by phone, Skype and FaceTime.

Stay in touch with Timothy 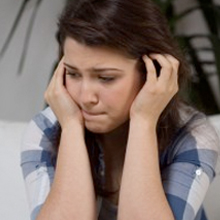 A Note from Timothy Long

I have spent my whole life seeking, discovering and learning how to help people heal and transform their lives. Having suffered myself for many years with social anxiety, blushing, PTSD, depression and more, I know how difficult it is to find the right help and healing. I have helped many people resolve these and similar issues and I look forward to helping you. Find out how by setting up a complimentary 30 min discovery session on my contact page, and let's find out how I can help you.
↑